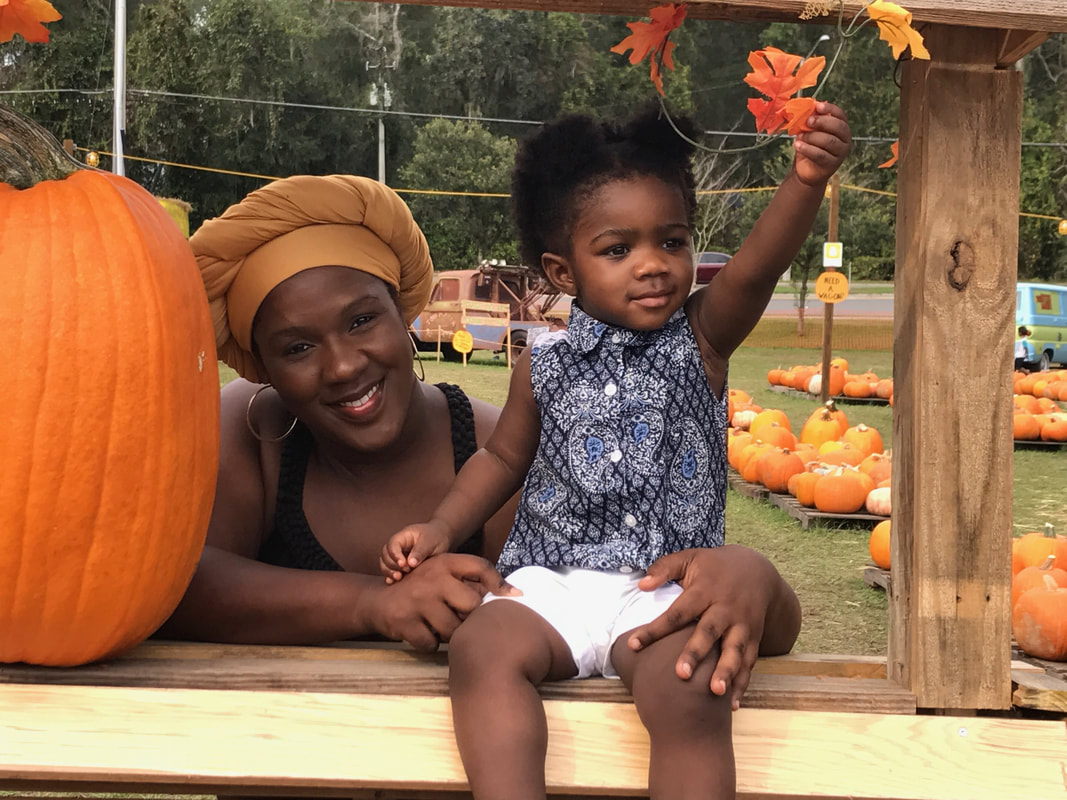 Elaina walton: The suffering no mother wants to talk about

By Erin Schoch
Elaina Walton, 27, never imagined she would be a young mother, let alone a victim of postpartum depression. According to the U.S. Department of Health and Human Services Office of Minority Health, “African Americans are 10 percent more likely to report having serious psychological distress than non-Hispanic whites.” This is most often associated with increased likelihood of African Americans reporting unemployment. Despite holding a full-time job, Walton was unable to finance treatment when she finally did seek help. Nonetheless, she is inspired by her daughter, Cadence. “Now, more than ever, I have no choice but to succeed,” Walton said.
Editor's note: Responses have been edited for length and clarity.
​
Q: How did your boyfriend react when you told him you were pregnant?
​
A: In the beginning I was prepared to do this alone. I’ll be transparent in saying that men sticking around for their children is not something I’m used to seeing. So in the beginning when I found out that I was pregnant—before even talking to my now boyfriend about it—I spent a whole day searching within myself. I asked, “Am I prepared to do this by myself?” At the end of the day, when push comes to shove, it could very possibly be just me and this tiny human. So I asked myself, “Am I prepared emotionally to do that alone?” And my answer was “yes.” When I told him I was pregnant I just said, “Look, I am telling you because I feel like you have a right to know, but I don’t expect anything.” Yet, what has been happening is the exact opposite of what I expected. He shows up and is there every single day. He goes above and beyond not only to be a good dad, but to be a good partner. When you’re trying to keep so many balls in the air, things drop… and he is right there to catch everything. He makes it his job to make things better.

Q: What was life like once Cadence was born?

A: I was in the hospital with her for two days, and when you’re in the hospital, it’s a bubble. It’s you and this new baby, and all you have to do is focus on your baby. You’re connecting with this tiny stranger whom you love and adore, but it’s very strange. I mean it’s assumed that your newborn loves you right away… but you just don’t know. This is ultimately a stranger—the most important stranger in your life. Two days later, at 9:30 p.m., exactly 48 hours from when she was born, I get wheeled out of the hospital. When the doors open and I realized how big, how fast, and how intimidating the world is. She was born in February, so it’s cold. My mom was there to bring us home. I was afraid, so I made her recheck the car seat like four times before I accepted the fact that it was okay to put her in it. Then I got home with her, and she stopped sleeping. She would wake up every 20 minutes, so I was afraid to sleep. For three days straight, we did not sleep.

Q: What was the most frustrating part of being a mother?

A: Just this feeling of “I am your mother, I’m supposed to know how to do this.” You feel that when you give birth, you’re supposed to get tapped on the head with a magic wand almost. I should know how to do this. I should know how to make her stop crying… but I don’t. For someone like me, who enjoys controlling everything around her, it’s very humbling because I can’t control this. Fresh out of the gate she’s her own person. She came from me, but she is not me. She’s going to do what she wants, and she does not care about anyone else. Then you start to question are you good enough to do this. Was it a mistake? You’re just left feeling like: I’m going to screw this up. I mean, I doubt everything I do down to the brand of baby wipes I buy.

Q: How does the media make being a young mom difficult?

Q: How do you manage school and work with being a mother?

A: It’s difficult. I’m just very thankful for my boyfriend and our families. My boyfriend and I are both students, so money is a big thing with me. It’s hard because if I spend money on something that isn’t a bill or my daughter to this day I feel bad. The only difference between now and then is I know where this feeling comes from. You don’t realize how expensive everything is. Everything I do, I do for my daughter. There are things I never want her to experience. I never want her to take out loans. I’m taking out loans to pay for school so Cadence doesn’t have to. Now more than ever I’m more goal driven. She pushes me and inspires me every single day.